VOLTECH believes that small steps could result in giant leaps for mankind. India’s rural society has produced the best minds of our country

As part of Voltech’s CSR outreach, the group undertook the construction of the common lunch area building, adjoining the Govt. Boys Higher Secondary School at Cheyyar. The construction work which took close to 2 months to complete, resulted in a brand new, concrete structure that could comfortably house 150 student diners at any given point of time. The project, which was completed as per schedule, was planned on a budget of close to rupees 3 million, and was a great amenity augment to the Government High School of the area.

The Managing Director of Voltech, Shri. M. Umapathi formally inaugurated the newly constructed facility on the 14th of June, in the presence of the students, parents, teachers and school management administrators. The Voltech Group had also organized a celebratory feast to mark this accomplishment, with food and refreshments being served to all guests during the day, and a grand lunch banquet to honour the festivities. A special lunch was organized exclusively for the teachers, while the students were given a parting present of a snack box at the end of the ceremony.

Reflecting on the occasion, the Managing Director emphasized on the importance of education to build a strong nation, and how institutions could work together to accomplish common goals for the greater good. He remarked that the schooling days laid the foundation for creating conscientious citizens, and that the Voltech group was proud of its efforts to reach out to all its community areas for the welfare of the people. He recollected the great sacrifices his parents had made to educate him and his brothers, and how their sweat, toil and determination had brought him to where he was today. The ceremony was in fact, organized in honour of the parents of the MD, Shri. N. Murugesan and Smt. Valli Murugesan.

The Head Master of the school, Mr. Suganandam thanked the Voltech group on behalf of all the alumni and the students of the school. The occasion also noted the gracious thanks of Mr. P. Kandasamy, retired head of Pachaiyappas School Chennai, and Mr. R. K. Meyyappan, the head of the parent-teacher association. The ceremony was concluded with a vote of thanks, and a special felicitation of the Managing Director by the invited chief guest for the function, Mr. K. Mohan, the Chief Education Officer for Thiruvannamalai District. 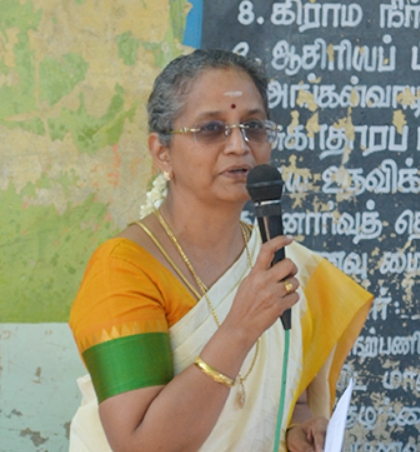 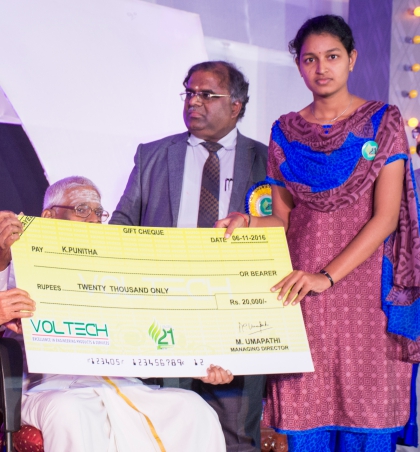